Upgrading the highway with additional lanes, new interchanges, bridges and a shared path between Collier Road and Dunreath Drive. New footbridge to be built across Tonkin Highway

The bridge will be built about 750 metres north of Marshall Road. Cyclist and pedestrians will access it from the principal shared path on the western side of Tonkin Highway, close to Premier Place, and via new paths on the east side.

We are in the early stages of design, and we will share more when it is developed further.

Read more about the bridge.

This month, works will continue to install the permanent traffic barriers and build the road approaches at both ends of Redcliffe Bridge. The team have also started to install the noise walls panels on the northern end of the bridge deck.

Read about this and other upcoming works in the latest Construction Update, or click on the video below to see the works from the sky.

View our Path Closure and Access Map to see what's happening in the project area, and how to navigate your way around the closures.

We are collaborating with local government, Department of Transport and WestCycle as part of the design process.

Welcome to Talkin' Tonkin, where we will record a series of videos during construction to introduce the project team and keep you updated on upcoming traffic changes, construction updates, milestones, plus more. 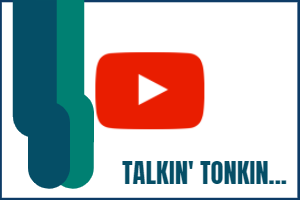 You may have noticed a strong smell in the project area. This smell is produced when new roads are built – in particular when the prime is sprayed on top of the base.

Firstly, a base layer is applied, followed by a prime and then layers of asphalt.

Learn more in our Building a Road FAQs.

A noise wall is a structure built between the road and a residential property. It improves amenity for surrounding residents by reflecting sound waves from the road, forcing sound to travel over and around the edges of the walls, thereby reducing the amount of noise that reaches nearby homes.

Screen walls protect residents’ privacy from passing traffic at the rear of their property only. We will consider screen walls in cases where the construction has reduced the existing level of privacy.

As part of this project, we expect to build noise or screen walls adjacent to most residential areas. The design and location of these will be finalised as part of the detailed design process. We have done noise modelling across the project area and noise mitigation would apply for areas that will be impacted by noise. We will ensure our noise mitigation meets the State Planning Policy 5.4 guidelines for acceptable noise levels.

If we need to construct noise or screen walls on property boundaries, the contractor will engage with individual property owners.

The team is still in early stages of design, but we are looking at options to reduce the noise from Redcliffe Bridge, which may include noise walls. We will continue to discuss options with the community while we work through this process.

If your property falls within the area that meets the criteria for a survey, you will receive a letter in the mail. If you believe your property has been damaged and you are not eligible for a property survey, please contact our team.

You might feel vibrations and experience noise, but we will work with you to reduce noise impacts as much as possible – including considering the hours we work, type of equipment and machinery we use and noise walls. We have dust mitigation strategies to reduce the impact of dust on residents and businesses – including water carts, street sweepers and dust suppressants.

Road trains will continue to use Tonkin Highway. There are no current plans to revise the RAV access network arrangements.
Environment and heritage

This is a very constrained site and there is no way we can build the required infrastructure without clearing vegetation. However, we are committed to minimising the extent of clearing and are exploring opportunities for local and regional environmental offsets. Any clearing will also be undertaken with appropriate State and Federal government approvals.

We would prefer not to have any impact on nesting cockatoos. We will be looking for all potential solutions to avoid this. Where we do need to remove such a tree, our Environment Team will inspect the trees prior to check if any cockatoos are nesting and relocate if necessary. We are consulting with community before vegetation within the project area is cleared.
The Tonkin Gap Project was referred to the WA Environmental Protection Authority (EPA) and the Commonwealth Department of Agriculture, Water and the Environment (DAWE) in 2019, and both the EPA and DAWE determined that the potential impacts of the project are not significant and does not require further assessment.

An area of Selby Park has always been reserved for a Tonkin Highway upgrade under the State Government’s Metropolitan Region Scheme (MRS). This will be required to build the new loop ramp from Great Eastern Highway. We are working closely with the City of Belmont to minimise the impact and determine how best to reinstate the park at the conclusion of the works.

We have identified an area under the Redcliffe Bridge, on the City of Bayswater side, that we could enhance. We are already working with the City of Bayswater and other State Government agencies to consider opportunities in this location. Suggestions from stakeholders and the community have included a skate park, fishing platforms and shared path facilities. Further consultation with local government, stakeholders and the community will be undertaken.

We aim to avoid, minimise, and reduce our negative impacts to Aboriginal and European heritage sites wherever practicable, in line with Main Roads’ commitment to recognising heritage. A heritage trail will be constructed as part of the project and will predominately run from Great Eastern Highway to Guildford Road along the new Principal Shared Path.

For this project, we conducted heritage surveys and two sites of Aboriginal cultural significance were identified within the works area:

The Derbarl Yerrigan is said to have been created by the Wagyl, a spiritual being often described as a serpent or snake, who still resides in river systems. It represents cultural continuity and is incorporated in many language groups oral histories.

Scar trees are the result of removing parts of the tree to make objects and artefacts, representing the traditional knowledge of the Whadjuk people. This provides an indication to the ancestral occupation and use of the area’s resources.

For example, when disturbing any ground near, or in, the Derbarl Yerrigan we have employed Whadjuk Heritage Monitors. Their role is to observe ground disturbance as it is occurring to prevent possible harm to Aboriginal heritage.

We will also be incorporating Aboriginal urban design within areas of the project, including under the Redcliffe Bridge, Great Eastern Highway and Guildford Road underpasses.

European heritage searches of state and local heritage registers also revealed three sites of varying cultural and heritage value, within the vicinity of the Project, with one of these being within the Project boundary. The sites are:

The Sugar’s Brickworks site is located on the southern bank of the Swan River, underneath Redcliffe Bridge, and is currently recognised with a plaque that will remain in place throughout construction and operation. Brady Plaster Works site has been excluded from state registers due to lack of cultural significance, however prior to its demolition, TGA produced a standard archival record to be submitted to the Heritage Council of WA. Lastly, the Cresco site was a landmark in industrial development within the area, however, it is not included on state registers.

As a key focus area for the project, we are asking our community to share their thoughts, ideas and suggestions as to how we can better embed sustainability into the project by completing our sustainability survey (PDF). Once completed, please email to enquiries@mainroads.wa.gov.au with the subject line ‘Tonkin Gap Sustainability’.

What is Infrastructure Sustainability?

Infrastructure sustainability is infrastructure that is designed, constructed and operated to optimise environmental, social and economic outcomes of the long term.

This is an industry-benchmarking tool that has been developed in consultation with the industry to embed sustainable practices in every aspect of infrastructure design, construction and operation. The process is evidence based and we will provide the full assessment to ISC at the end of each phase to be independent verified by a third party. Following this, the project will be awarded with a certification and rating which can be assessed against other major infrastructure projects across Australia.

Sustainability is a key focus for the project that we have considered during the design and construction phase of the project. We have developed a Tonkin Gap Project & Associated Works Sustainability Policy (PDF) to reflect our commitment to addressing sustainability issues including growth and economic benefit, efficient resource use, sustainable procurement, and community and stakeholder influence.

From these objectives we have also identified sustainability targets (Word document) to ensure sustainability is front of mind during design, construction and operation. We will be monitoring our achievement as the project progresses.

We measure and track our sustainability performance against the UN Sustainable Development Goals (SDG). The SDG are the blueprint to achieve a better and more sustainable future for all. They address the global challenges we face, including poverty, inequality, climate change, environmental degradation, peace and justice.

This information sheet (PDF) summarises what you need to know about how the project aligns with the global sustainability agenda. The goals are also linked to our project sustainability objectives (PDF).

Tonkin Highway will be transformed to deliver a high standard, north-south transport link from Muchea to Mundijong.

The Tonkin Gap Project will address the current bottleneck where the highway reduces from three lanes to two lanes in Bayswater and Redcliffe, significantly reducing travel times and improving safety. We will also be making improvements to access and connectivity for road users, pedestrians and cyclists in the project area.

The Associated Works will provide rail-enabling works for the METRONET Morley-Ellenbrook Line along Tonkin Highway, including underpasses and dive structures, to enable trains to enter and travel along the median of Tonkin Highway then exit in Malaga. Road and bus bridges will be built at Broun Avenue to provide access to the future Morley Station.

Companies who wish to provide goods or services to Tonkin Gap will need to align with our commitments and complete a form below to be considered. A pre-qualification process may be requested following evaluation.