We’re adding more lanes on Bussell Highway between Capel Bypass and Busselton to increase capacity and safety on the highway.
Share this project: 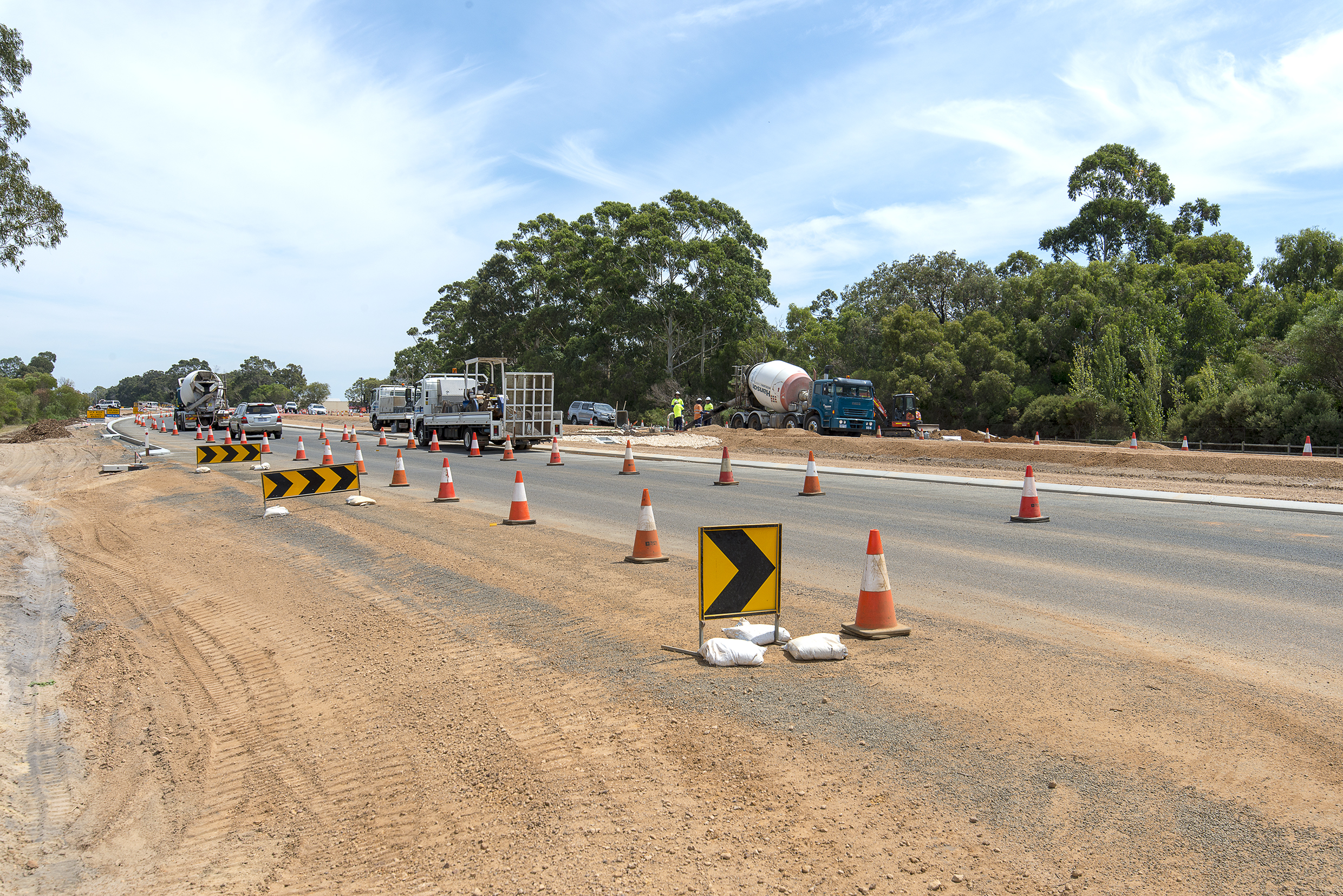 The 46 km section of Bussell Highway between Bunbury and Busselton is a four-lane dual carriageway. This means there are two lanes travelling in each direction and the two directions are separated by a central median.

There is 17 km section between Capel and north of Busselton, which is a two lane, single carriageway with passing lanes at approximately 5 km intervals in each direction. Traffic volumes in this section exceed the capacity of the single carriageway section at times resulting in congestion and delays.

A single carriageway means that there is nothing dividing the road between the two directions of traffic. This type of road can increase the likelihood of head-on collisions and crashes caused by risky overtaking.

On Friday afternoons, due to the large southbound traffic volumes attempting to merge from two lanes, it is common for a queue of traffic to form southbound where the dual carriageway ends just south of Capel.

The queue often extends through intersections that provide access into the Capel townsite, causing inconvenience and safety concerns for local traffic. Similarly, high traffic volumes heading north towards Perth after a long weekend are experienced.

Completion of the dual carriageway involves:

On 21 June, the Australian and State Government's announced $85 million in funding has been allocated for construction works to commence. The project is another step closer to construction with tenders called on 13 July.

Stage one construction is expected to start in October.

Preparation works for stage two of the project are continuing and include road and bridge design, environmental approvals and service relocations.