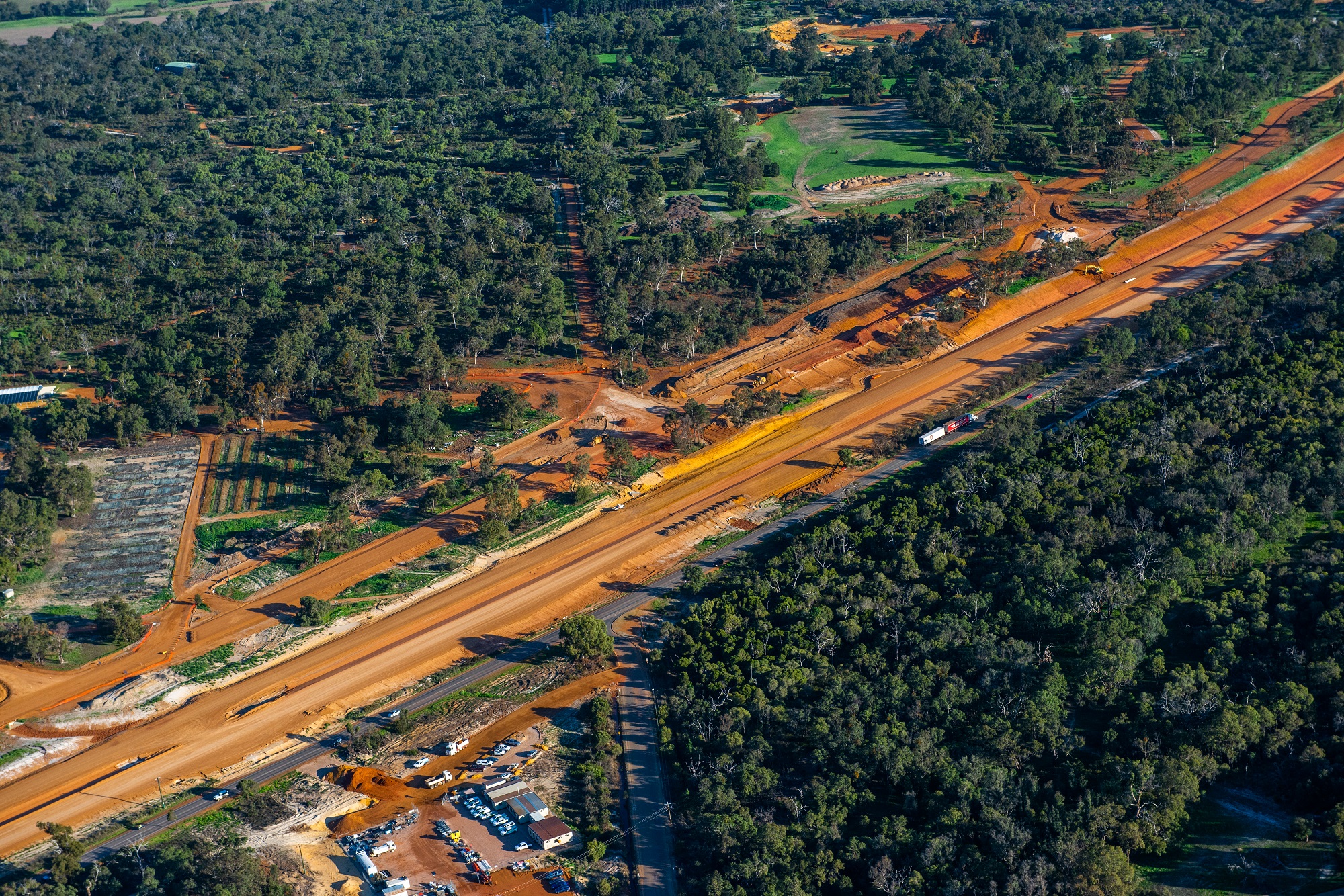 Great Northern Highway upgrades were completed in December 2020, providing over 90 km of new highway, and improving safety and efficiency to all users.

The project has provided a platform for the future Bindoon Bypass missing link for 53.5 m vehicles.

Great Northern Highway provides a strategic freight link between Perth and the state’s north, as well as Darwin and the Northern Territory.

Between 2000 and 2009, Stage One of the Great Northern Highway Muchea to Wubin Upgrade project included upgrades to a 76 km section of highway.

In 2014, we completed a comprehensive planning review of the full Muchea to Wubin link along the highway.

Following this review, the following upgrades were prioritised:

The new highway through Walebing now has an improved alignment replacing the existing tight low-speed curve and making that section safer and easier. In Wubin, widening works at the intersection with Mullewa-Wubin Road and upgrades around the Road Train Assembly area improves access for heavy vehicles.

Completed in May 2017, upgrades included:

The project has helped remove heavy vehicle movements away from the town, allowing for future development and restoration of the town.

The ‘Excellent’ IS Design Rating recognises the joint efforts of the integrated project team of Jacobs, Arup and Main Roads to design for best practice outcomes in sustainability.

“The integrated project team identified sustainability opportunities throughout the program and to implement them into the delivery contracts. These were construct only contracts and it was the first time Main Roads had written sustainability requirements into that form of contract,” Project Director, Norm Fox said.

Rating highlights for the project include materials, ecology, water, management systems and community health and wellbeing.

Jointly funded by the Australian and Western Australian Governments at $347.8 million.